The 2011 training season has begun for me.  I now officially have 1 solid year as a triathlete under my belt.  The first base layer if you will has been laid.  It seems that for many triathletes that their 2011 season has begun.  This makes me wonder if a triathlete’s New Year should be established.  Like instead of Thanksgiving just being Thanksgiving, in the triathlete community it could be secretly referred to as Triathlete New Year as round about then is the time when most Triathlete are still kind of in the offseason stage.  You get the people who did Kona and some races in Sept and Oct who are just about to get back into the swing of training and then you also have the people who just did IMFL and the 70.3 Championships.  It could be all of ours little joke, what do you say?

Being in the Triathlete spirit I wish everyone a Happy New Season!  May a bounty of speed and endurance come to you and yours.

Sooo…onto Turbeau Curbeau matters.  The blog is new.  I am hoping that my followers from my old blogspot website will make the jump and check up on me over here.  The WordPress setup is much cleaner and offers a lot of options that blogspot doesn’t at the moment.  Plus I am one of those people who can’t stay with the same thing forever.  I need to get up, move, and shake things up.  I believe that this is both my blessing and my curse…I see it in many aspects of my life.  But it is what it is.  Like Popeye said “I Yam What I Yam”

Well since I have begun to talk about Popeye the Sailor Man I might as well discuss in more depth why Popeye could possibly have been the best triathlete that ever lived if in fact the sport had been around in the 1930’s. You see Popeye has many characteristics that make him an ideal candidate to really do quite well in the sport of triathlon.

1. He eats in the core ALL THE TIME! When you think of the food that Popeye eats, you think of Spinach and a lot of it! Popeye is never without a fresh can of spinach to help fuel him through the day. I would venture to say that Popeye was very far ahead of his time in the sense that he was eating like a caveman in the core way before anyone ever came up with that idea. If Popeye had just sat down and wrote a book about the way he ate he could have retired from being a sailor and moved to some remote island with his Olive Oyl. Also, I just wanted to add that although Popeye stays in the core pretty much 99% of the time, he does mention Yams, like when he says “I Yam what I Yam”, which makes me believe that after a hard day of training he would be smart enough to grab for some carbs to recover quicker so he could beat up on Bluto and kick butt at Ironman races as well. Thus, when he would be grabbing for carbs he would be grabbing for Sweet Potatoes and getting the proper fuel in his body. This again exemplifies why Popeye would have been a truly great triathlete.

2. Olive Oyl – another staple of healthy eating and oh by the way that was his GF’s name! Coincidence? I think not! Popeye looked out for himself and made sure he was getting the right things in life, just like Triathletes do when they make sure they are taking in the correct fats to help fuel them through long workouts and races. 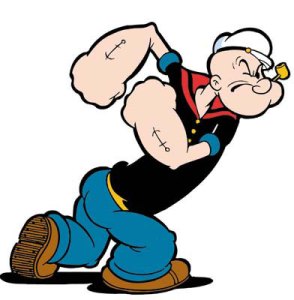 3. Long and Lean with BIG forearms – Popeye had an ideal body type to really do well in triathlon. Popeye was pretty tall and pretty thin around the midsection. He wasn’t carrying any extra weight in the legs or midsection. This means that once he had his cycling legs in shape that he could really do good at the bike to run transition.

4. He was a Sailor for Crying out Loud! – Building upon my last reason. The fact that he was a sailor means that he was extremely comfortable around the water. Popeye could swim! and I am positive he would do well with 2,500 people around him swimming as well. He also had some massive forearms which would have basically acted as built in paddles, meaning that he would have been a sub 50 minute swimmer in the Ironman which would put him in great shape to have a good day!

5. Excellent Coach – Judging by Olive’s running form I would have to say that Popeye had a great running coach. Just look at her stride. She has an amazing gait, a gait that would certainly match up with the great marathoners of all time. And based off my knowledge of cartoon’s I can say with pretty good certainty that she had a very high cadence.

6. Popeye is not affected by Weather – Just look at this picture. 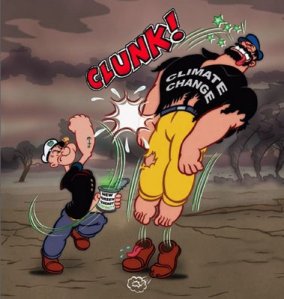 You can see here that how Popeye feels about bad weather. He stands up to it like a man and just gets the job done. This assures me that he would deal with cold, rainy and windy conditions (as shown by the tornado’s in the picture) as well as hot, dry and windy like Kona can be.

7. Race-Day Fueling – Once again I will bring up the fact that Popeye pretty much lives in the core and eats Spinach as his main meal. I mean he eats Spinach for pretty much every meal. Thus, on race day he can just subside off his Spinach and not have any problem with GI issues because he is so used to it. Here again is another prime example of how he was ahead of his time. He practiced his race day nutrition every day! A lot can be learned from Popeye the Sailor man.

And I will leave you a link to a Popeye Cartoon for your viewing pleasure. As Popeye says in his theme song …”I am strong to the finish because I eat’s my Spinach”. Check out this clip of Popeye in the episode “I eats my Spinach”

Boy, I am not sure what it is today…be it the coffee, or the new blog, or the fact that I got re-fit on my bike yesterday but I am pretty amped for my training and just the Sunday I have ahead of me.  Which is weird because I went to bed ridiculously late last night.  Anywho I will go with it and take a nap later in the afternoon after my ride and run are complete.  One thing I did want to mention is how tasty Stinger energy bars are.  You know the ones that Lance Armstrong endorses.  Lance is usually on his Mountain Bike or something on the wrappers…anyways they are really good.  I got the “Chocolate Covered Peanut Butter Pro” and it went perfectly with my morning cup of coffee! 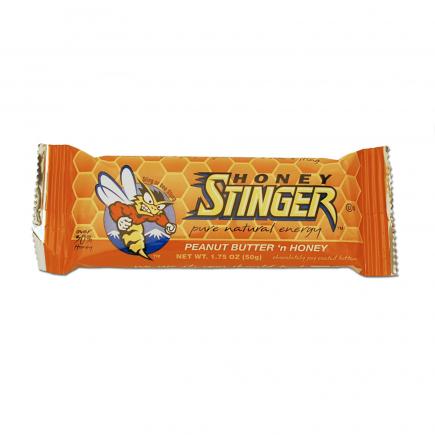 Well I was going to write more about what I have been up to but I really had fun doing some research on Popeye. I hope you enjoy reading about why Popeye would have done so well in triathlon. If you have any additional reasons why he would have been the ideal triathlete please leave a comment.

Also, if you have any suggestions for the new blog name please let me know. The Chronicles of Turbeau Curbeau is more or less a filler name until I nail down the one I want.

Time to stop procrastinating and get on the trainer! Have a great day everyone.

4 thoughts on “A Triathlete’s New Year, Popeye the Sailor Man – The Natural Triathlete?, and more!” Leave a comment ›